The Challenges with Designing in Metric Instead of Imperial

Canadian’s have been in a slow and lengthy breakup with imperial measurements. After a significant industry-led lobby, the (Pierre) Trudeau government adopted the metric system in Canada in 1970. Thus beginning a painstakingly slow transition from imperial to metric.

As a result, we have this hybrid system where we’ve adopted metric for measuring things like speed and large distance and temperature but we’re painfully hangining on to imperial for measuring smaller objects and distances, weight and materials.

New Apprentices are being taught metric in classrooms while on the shop floor, their senior tradespeople use imperial. Tape measures, micrometers and standard tools and tooling all generally imperial, leaving Apprentices confused and struggling to adopt metric fully.

The reality is, the shop floor is able to work in both metric and imperial but machine setup still favours imperial. Recognizing this, and adjusting designs to accomodate can save time and money in the manufacturing process. 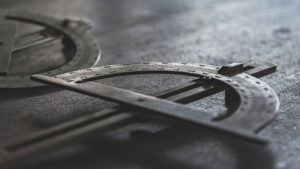 The old adage reinforces the necessity to check, and double check measurements. Moving back and forth between metric and imperial measurements can cause accuracy problems due to the use of incomparable units, human error, rounding and inaccurate conversion.

Technology does provide more reliable conversion tools and help reduce the risk of human error. CNC machines allow conversions to be calculated internally for all of the values within a machine’s control. On the shop floor, digital micrometers can toggle between metric and imperial with the press of a button. However, standard to metric conversions (and back again) are still not trouble-free, if for no other reason than equipment itself needs to make rounding decisions based on display size.

At the very least, measuring, converting and measuring again takes time which can drive labour costs and impact delivery deadlines. 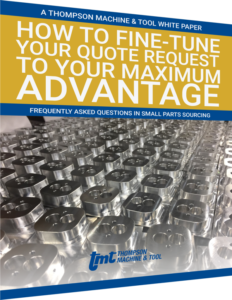 Rounding can also lead to conversions that are outside of the accepted range of tolerances. The rounding effect is also compounded among multiple interacting parts as well as across dimensions and tolerances.

Having a good understanding the tooling that is standard in the manufacturing process can help determine the best practice for your designs. In doing so, errors can be reduced as well as setup costs.

Since 1982, Thompson Machine and Tool has been a trusted supplier of

Learn more about the industries we serve